The Magnitude Factor of 49, The Math – #Orlando

First thing this morning Nick began updating me on the Orlando news before getting out of bed. Thinking to myself, the counts have to be wrong, and once it’s confirmed it won’t be that bad. Departing the city and the connection online to kayak was a blessing.

The Magnitude Factor of 49 (excluding shooter), victims that lost their life in Orlando early this morning. I believe those that lost are souls we lost, not simply victims.

77.9 – Average Life Expectancy in the US

47.9 – Years cut short by each soul lost in Orlando

To put this in perspective for the 49 souls:

Catching up after kayaking I clicked on the initial list of those identified as souls lost. I was perplexed, why did the first person, Edward Sotomayor look vaguely familiar. 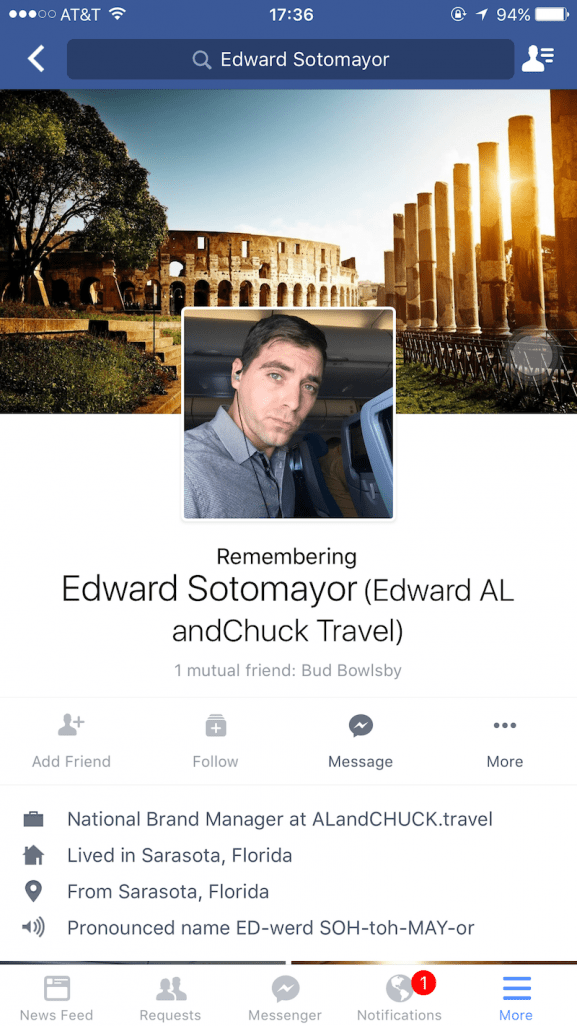 Scrolling through his wall I could see the pivotal change in posts from a video 23 minutes before the shooting a friend shared seeking his status to sharing of his loss of life. The still of the video below, probably one of the last moments of his life captured but of happiness. 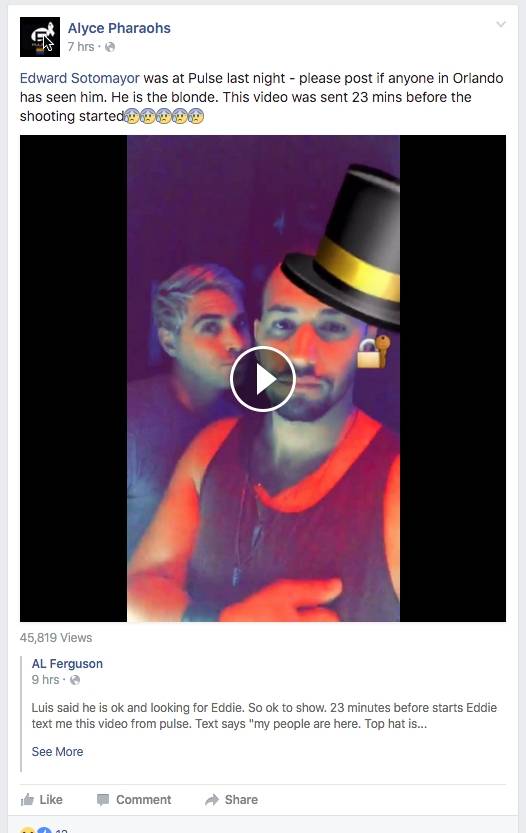 I’m not going to say he was an in person friend, rather just an online friend that belonged to an online frequent flyer group (DDMF) that I once belonged to. Edward was 34 years old, loved to travel, fellow Diamond Medallion, loved seeing  world, and those attributes hit home, hard to my heart. I believe in God Moments, and his actions to have me to explore a name, a list, and of course, feel the warmth of the sun as I type this.

Love will conquer all, let’s not dwell on the loss but on the love that these souls gave to the world and celebrate 2,347 birthdays lost by living life to the fullest, loving those around us and chasing our dreams.

The below post was shared on his wall, isn’t it all about love in the end? For the first time in 15 years I wish I could put up a rainbow flag but living in the south, I know just how poorly that situation could go.  May Edward Sotomayor rest in peace, may the photos below remind us of love, may we relate to how being gay, straight, pink, purple, we are all like one another. How if we spent less time focusing on our differences and that of what we have in common, the world would be a better place. 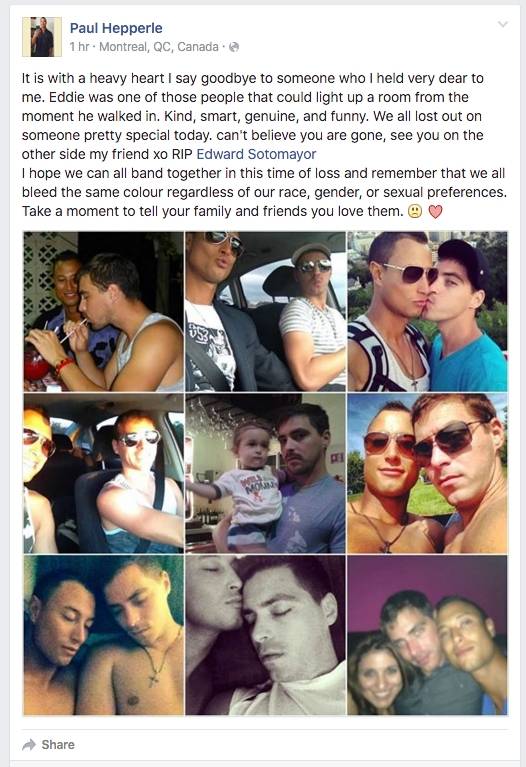